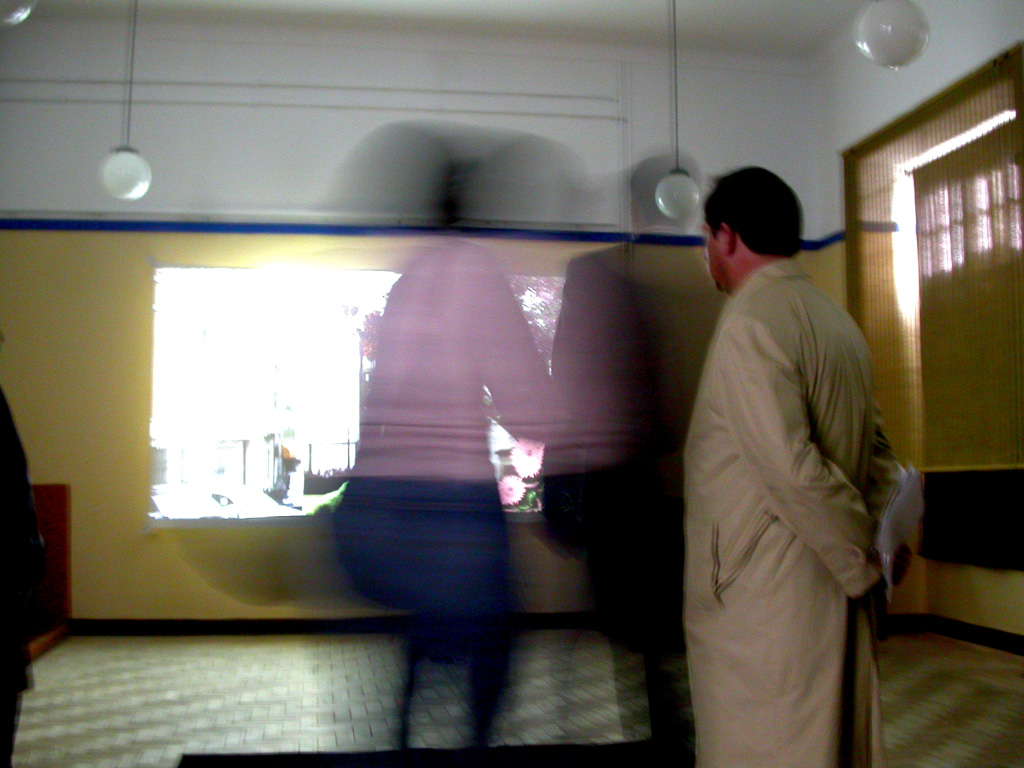 Pop-up landscapes toured to rural town of Mação in Portugal for set of workshops and showing the installation. Mação is situated between the transitional climate zones of the Atlantic and Mediterranean. The area is famous for its pre-historic art examples some of which are the richest in Portugal and in Europe. Over the last ten years the region has suffered from severe droughts, which have radically changed the landscape. In addition the area not only suffers from a physical desertification but also from human desertification. The region has approximately 8,000 people, spread over 400 sq kilometers, the majority of which are over 50+ years. In the 50’s and 60’s a combination of influences resulted in massive migration towards Lisbon and decreased use of land for pasture and agriculture.

In Mação we focused on developing a set activities with members of the community (senior citizens, master archaeology students and primary school children). The aim of these activities was to gain a greater awareness of how a community would transmit a sense of its place. For example, what sites would it choose to show to someone as an example or memory of Mação? What changes have occurred in the town? What have people been happy to lose? What would they like to preserve? Working with the photo archives collected by the Museu de Arte Pre-Historica e do Sagrado no Vale do Tejo we used these images as a starting point. We selected a general vista image taken in the town 70-100 years ago and along with other archive images used discuss with the senior citizen their memories of changes in the town. We also asked the senior citizens to select a place in Mação their favorite place, which they would like to preserve and show to others from outside of the town. Five sites were selected from which we choose one of the most popular the Praça Gago Coutinho to work on in more detail. Taking the Praça Gago Coutinho as the main site selected by the senior citizen, we presented the archaeology students with two snap shots –  one past image and one current day image. We also presented the project aims to the student and asked them to carry out a visual analysis of the present day image from an archaeological perspective. This resulted in a deeper awareness of some of the key transformations that occurred in Mação. The analysis also provided the stimulus for discussing the students experiences and personal accounts of living in Mação. Taking the current day image of the Praça Gago Coutinho and blowing this up to A2 size we described to the young people the process of how this image was selected by the senior citizens and analyzed by the archaeology students. We asked the young people to image that they were living in 2109 and sending a postcard from Mação of this spot. What from their perspective what would survive in this site, what kind of culture would exist and lifestyles would exist?

The outcomes of the workshops and our period of research and development in Mação was exhibited in a beautiful former primary school. We used the archive images, current day photo impressions and the young people’s future imaginations of Mação as the timelines, which we played in the Pop-Up Installation. Exhibition was a success, opening apparently new perspectives even for the city mayor. Most importantly we managed to connect different generations of the citizens together around the theme of their environment.

Portugal and Mação treated us with warm hospitality. Special thanks to Casa Velha’s Donna Mena for The Food. Obrigado e adeus.