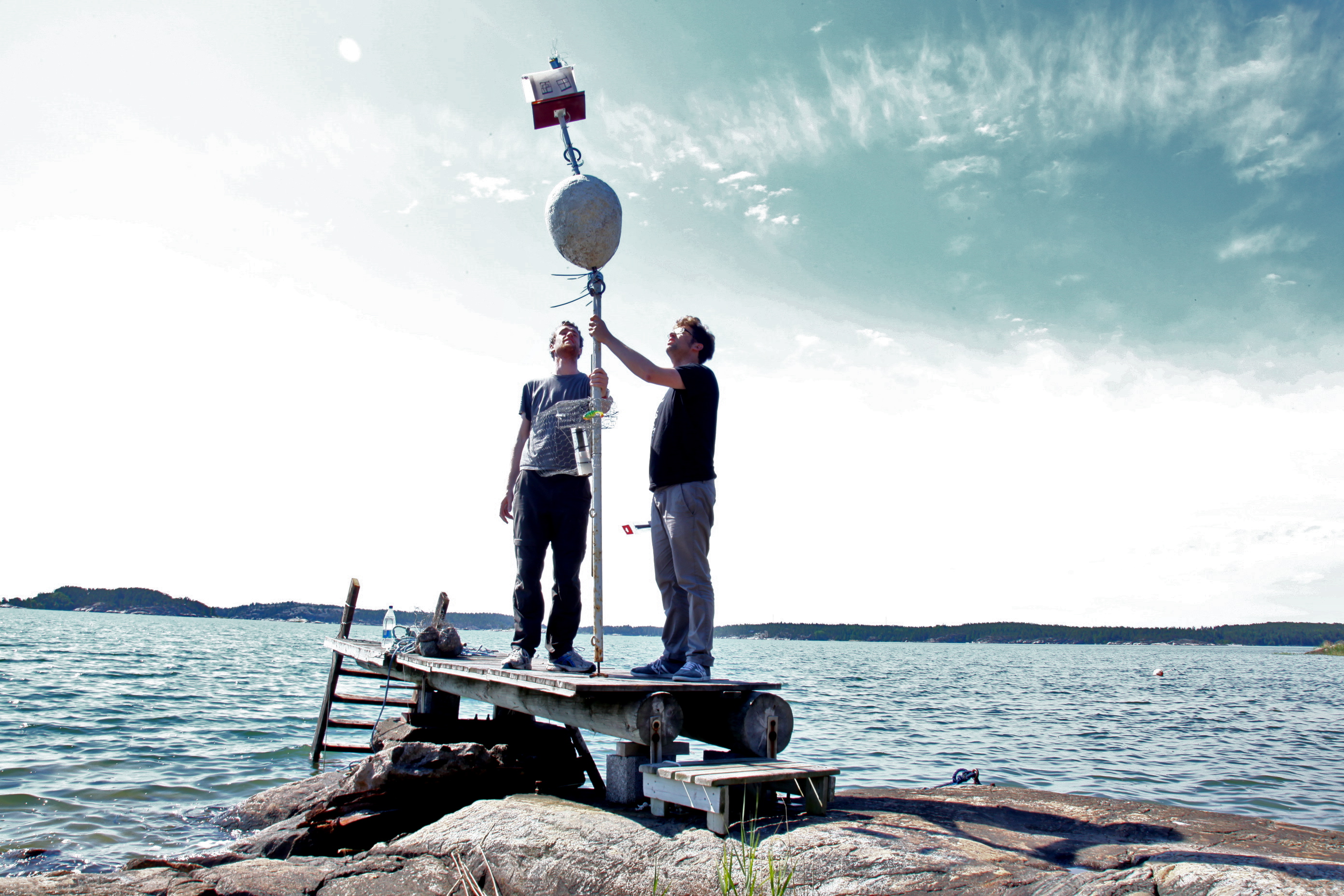 Sensing the Baltic Sea is the first part of the Camp M.A.R.I.N 2011 residencies starting on Kemiö island, continuing on two small islands in Naantali & Åvensor archipelago in Finland, and returning via Kemiö to finish with a workshop in Tallinn, Estonia.

The theme, Sensing the Baltic Sea refers on the one hand to how we perceive it via history, romantic or leisurely perception of the Sea and how this can be juxtaposed via looking below the surface, to understand the sea as an ecosystem. How can environmental sensors produce, besides a sea of information, potentially relevant research or experiences that may alter one’s perception of the marine environment? How can common sense be sensitized to alter practices that have environmental impacts? How can the biological and wider ecological state of the Baltic Sea be observed subjectively and technologically, and mediated through visualization, sonification, narratives, or simply, via different tactics.

Besides hosting the first week in Kemiö, I explored an idea of wireless sensor data “physicalisation”. My floating proto-buoy was solar charged, ArduinoFio and transmitted three temperatures, air, surface water and 1m deep water temperatures via Xbee to on-shore receiver and data visualisation unit, the semaphore.

In 2009 we realized a 3-month residency and workshop programme at the Irish Sea, working in particular around Belfast, the Cumbrian coast and Liverpool. Operations were carried out from a 12-meter catamaran sail boat and working with partners in harbour cities. We used environmental sensors and existing data sets, integrating them with artistic projects.

In March 2011 M.A.R.I.N. hosts an advanced workshop on environmental sensors and sensor networks at the Pixelache Festival on Suomenlinna island, Helsinki, hosted by Marije Baalman, Tuomo Tammenpää, Mikko Sivuoja and Tapio Mäkelä. In June, a one-month residency “Sensing the Baltic Sea” is organized at on three different islands in Finnish archipelago ending with a workshop in Tallinn, Estonia. In August another set of participants will join a residency on Cartography and Everyday at the Sea that starts in Stavanger, Norway, continues to Öland in Sweden and finishes on a Baltic peninsula in Lithuania. In November a writing workshop is organized in Riga. Main partners are Pixelache, Plektrum, i/o Lab, Kultivator, Artist Colony Nida and Rix-C.

The initial idea for the project grew out of experiences of Polar Circuit workshops in the Finnish Lapland (1997-2000), Solar Circuit residency in Australia (2002) and an idea to research the Baltic Sea using islands as field camp sites. These initiatives have been moderated by Finnish media artist Tapio Mäkelä. Marko Peljhan, with a long history in Makrolab projects joined Tapio to draft the initial M.A.R.I.N. concept. Marko had wanted to equip a boat using sustainable technologies.

While Marin association is still looking into options of building or modifying a boat as a research and residency hub, several practical experiences out of summer 2009 suggest that working in a more hybrid way makes more sense. The connected islands method of 2011 summer is based on a flexible camp + lab architecture that connects with existing facilities, mostly off-grid. It enables better concentration on the research at hand. In 2009 we discovered that sailing consumes far more energy and time from the actual research than we had anticipated. The boat would need to be much bigger to enable efficient work and living on board for more than five people.

And a side strand of:
– Designing a boat based research and residency vessel

2011 events are produced by Tapio Mäkelä and Kati Åberg, with the partner organizations, and Tuomo Tammenpää and Susanna Koskinen as co-moderators.